First let me say, I am horrible at spelling the word "banana." I always want to spell it like this :
"bananna."
So, to make it easy on myself, I am going to spell it the way I want to. 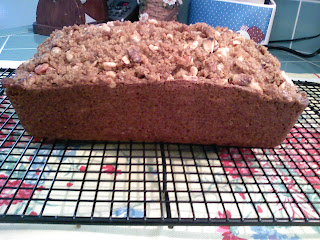 An extra "n" doesn't make a recipe any less delicious. Although this one was a little dry upon first eating it. It tasted much better after sitting, wrapped up in plastic overnight. Yes, maybe the recipe did instruct to wait and slice the loaf the next day, but who could wait when it is warm out of the oven and looks like that?

I used the recipe from the "Better Homes & Garden Cookbook." The topping is a streusel-nut crumble made from flour, brown sugar, butter, and chopped walnuts. In all honesty, the bread would only be O.K., not good, if it weren't for this stuff. Next time I may try Betty Crocker's recipe as I was dissatisfied with the dryness of the bananna bread considering the 1/2 cup of butter that went into the batter. Well, at least there are people in my house to eat it. I'll just eat the top.

Also, I can't get this annoying highlighting off of the preceding text; apologies.
Posted by Unknown at 4:16 PM 1 comment: 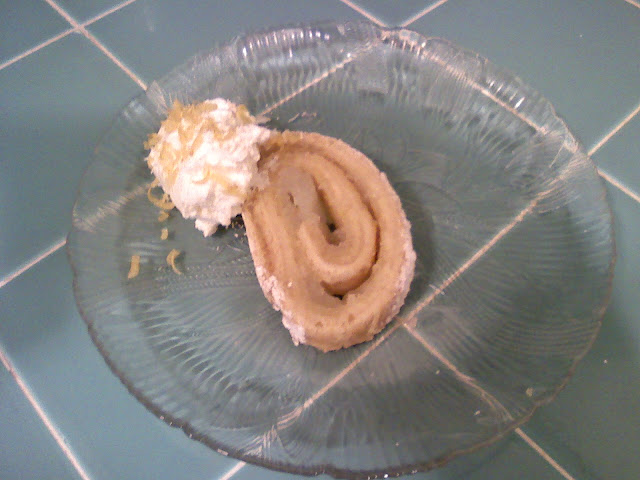 A jelly roll cake is daunting. Delicious, dainty, but daunting. I decided to take a leap of faith last weekend when I was home for Memorial day and make a lemon filled jelly roll cake as the lemon dessert I had promised.  Let me give a big shout out to my Mom who served as sous-chef on this one, especially when it came to the lemon filling (the first batch of which flopped, because the sauce pan I used to make it in was too big.  How was I supposed to know this would affect the chemistry of the whole thing?  I am a literature major, not a sciency person, thank you). 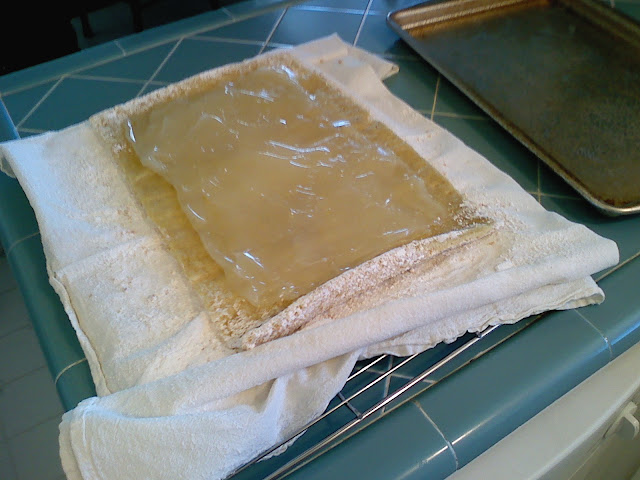 The cake is only about 1/4 of an inch thin, and is spongy, allowing it to be rolled up in a powder sugar covered towel after coming out of the oven, unrolled, and then rolled up again after being filled with lemony goodness.
Although I couldn't resist having two slices in one night, you will notice that there is only one slice on the plate (don't let convention stop you from eating the whole thing though!)  It was paired lovely with some freshly made whipped cream with a topping of lemon zest.  Oh, the recipe also called for two drops of yellow food coloring in the lemon filling (which is very much like a lemon curd), but I thought that was kind of gross.  So maybe it looks like you're eating Vaseline; I think what matters most is that it doesn't taste like Vaseline.

For both the lemon filling and cake I used recipes from the Betty Crocker cookbook.  Gotta' love Betty. 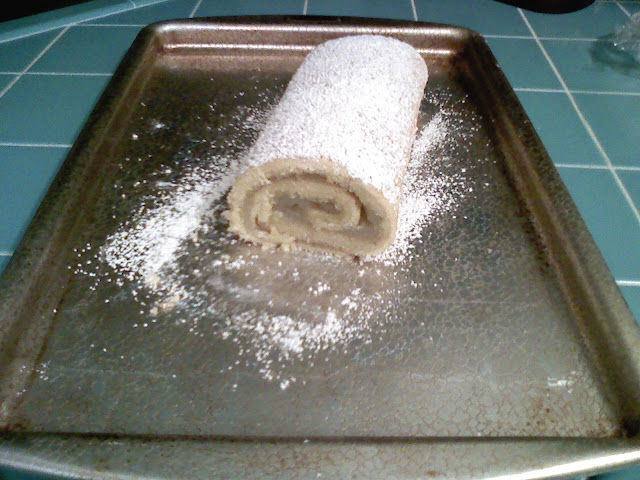 Looking for something to make?