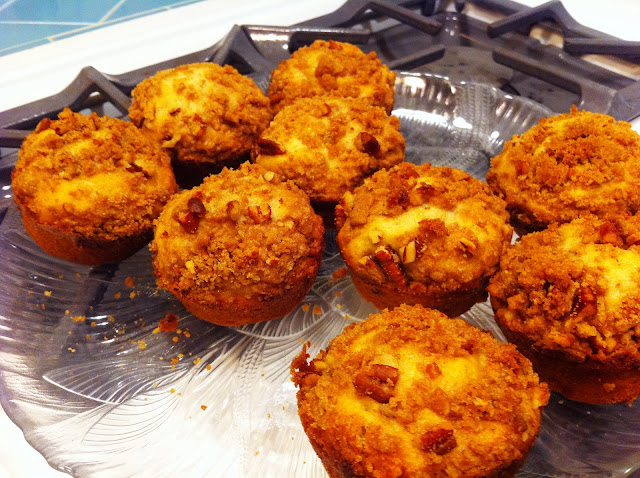 I am going to be completely honest here, because I think the truth is a good thing, and I don't want to be called a liar.  These muffins are healthy.  On their own they aren't very tasty.  BUT, (and isn't there always a but?) they are a perfect vessel for streusel topping.

Streusel.  I would eat it on pretty much anything. 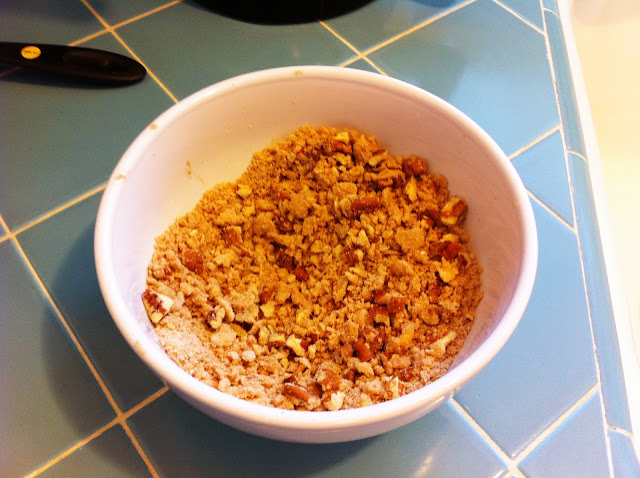 Brown sugar, melted butter, chopped pecans.  Is there really anything better?  I think there was a bit of flour in the mix too, but I left that out of the list of deliciousness because nobody thinks flour is good on its own. 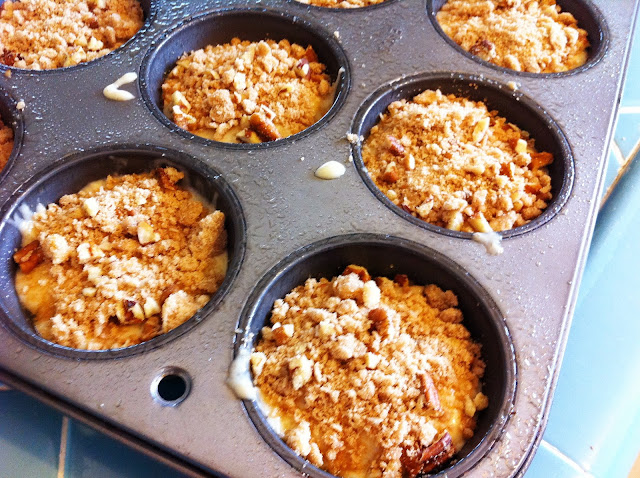 BUT, (there it is again!) flour mixed with mashed bananas, nuts, sugar, an egg or twothat is baked in the oven for less than a half hour produces a nice, sweet package that can pass for either breakfast or dessert. 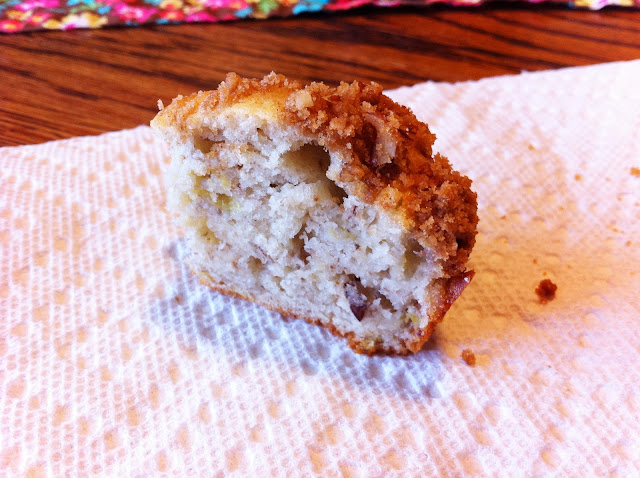 In the world of baked goods, versatility is a virtue.
Posted by Unknown at 9:43 PM 2 comments: 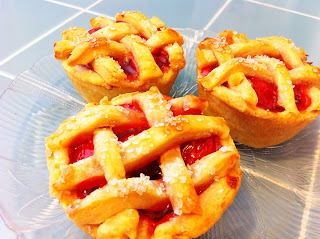 Cherry pie is one of my favorite pies.  Buttery pie crust and tart yet sweet, juicy fruit filling.  I was lucky enough to have just enough pie crust left over in the freezer from the butter tarts of January, that the laborious process of pulsing shortening into flour until the size of peas was not even an issue.  Much to my pleasant surprise, the flavor of the crust was not sacrificed with this short-cut, and to me seemed even flakier!

Using a greased cookie sheet I was able to make three individual cherry pies for each of the lovely ladies in my home.  I was able to practice lattice-crust making, which is actually a lot easier than it appears, but also a bit more messy. 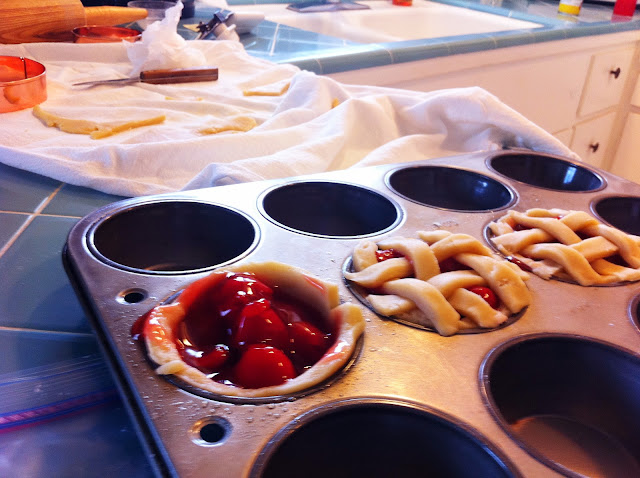 As a sparkling finishing touch I added egg wash and some coarse granulated sugar.

These were perfect with a scoop of vanilla ice cream on the side. 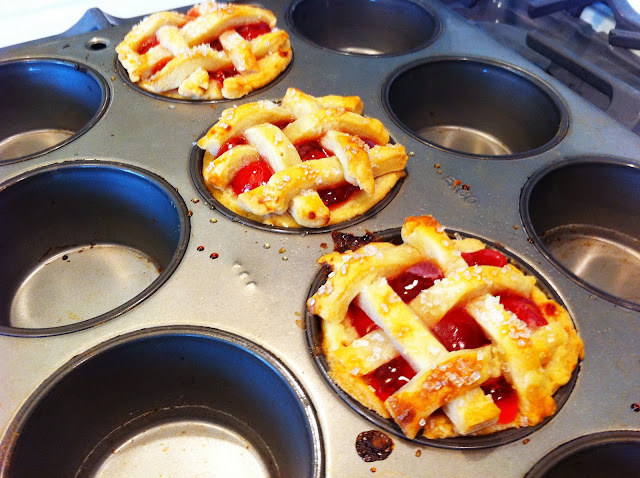 Posted by Unknown at 9:39 PM No comments:

Looking for something to make?